Thank you to all couples who participated.
Check this space next year for more Dartmouth Love Stories! 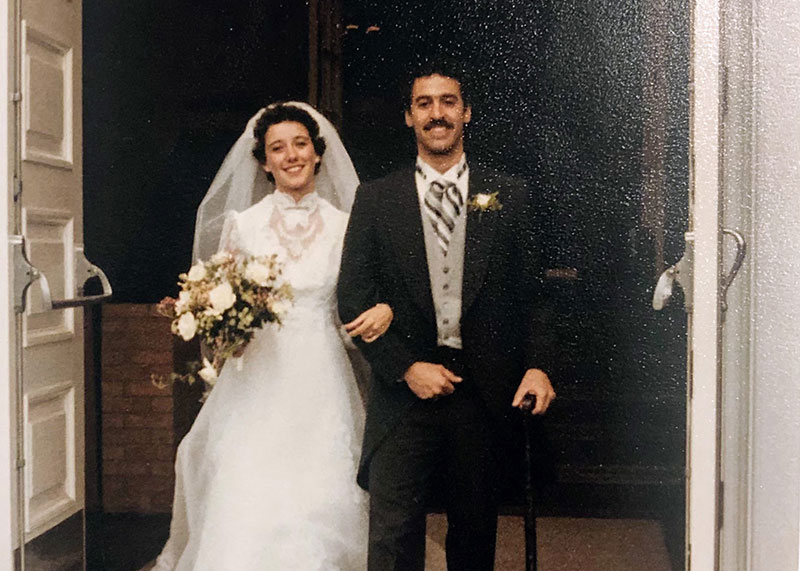 Anthony Shaia ‘82 and Mary Gerraughty Shaia ‘83 met in the winter of 1982 at Aquinas House, the Catholic Student Center at Dartmouth. Two-and-a-half years later they were married in the same exact chapel where they first met. Fast forward nearly 30 years... 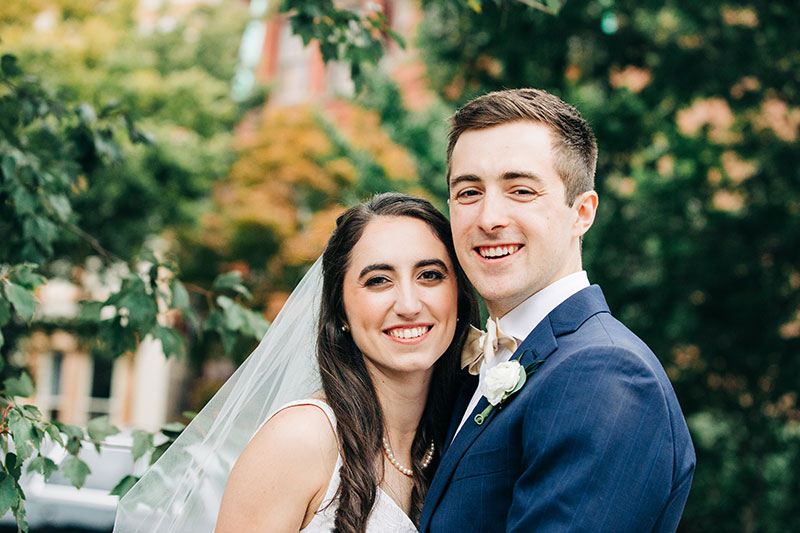 to the winter of 2013 when Anthony and Mary’s youngest child, Bridget Shaia ‘15, was a sophomore at Dartmouth. She met Chris D’Angelo ‘16 while at Aquinas House, the same building where her parents met. When Bridget and Chris started dating a year later, she decided not to tell him all the details of that story so she wouldn’t freak him out. But now of course they are also married and already dreaming of what might happen if their future children end up at Dartmouth!

HOW DID YOU MEET? 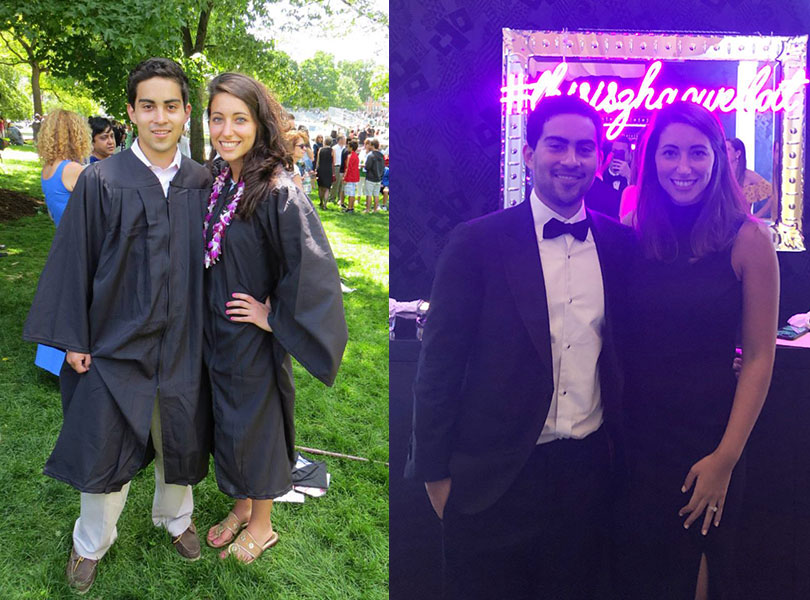 Andrea and I met the first day of school in 2009. We lived across the hall from each other at Judge Hall. I noticed that Andrea had a lot of snacks in her dorm, so I went and introduced myself and asked for some Skittles. From that day on, we were great friends. It wasn't until 11S that the friendship took a turn. We had just come back from an off-campus term and were really happy to see each other again. After a few nights out I proposed that we started dating. After several pong dates and HOP dates, we became official on May 29, 2011. We overcame several years of a long-distance relationship during terms where either Andrea or I was off campus. After graduation, Andrea went to get her JD in Washington, DC and I went to work in NYC. In 2016 we finally moved in together. We got married on April 28, 2018. We are now in NYC. We do not know what the future holds, but we're confident we can take it on together. 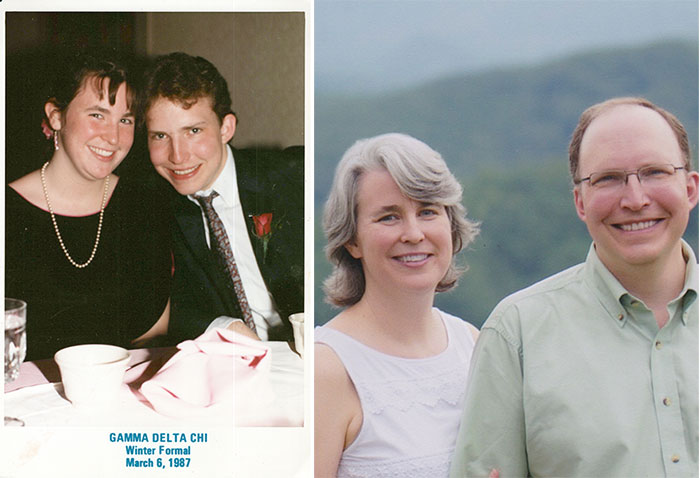 We first met playing in the Dartmouth Symphony. Francesca played viola and Mike played the clarinet. We had our first date sophomore winter after a rehearsal for a small group performance of Saint-Saëns “Carnival of the Animals.” Dartmouth Symphony performances will always be fond memories. Making beautiful music with our classmates and community members was a joy. We also worked stage crew and had an opportunity to work a Los Lobos concert which was held in the gym. We were able to meet and have lunch with the band. This month we celebrate the 34th anniversary of our first date, and this summer we will celebrate our 30th wedding anniversary. We have three children: Kurt (24), Elise (22), and Caroline (20). We are longtime residents of Lexington, MA, where Francesca teaches math at Lexington High School and Mike is a software executive. 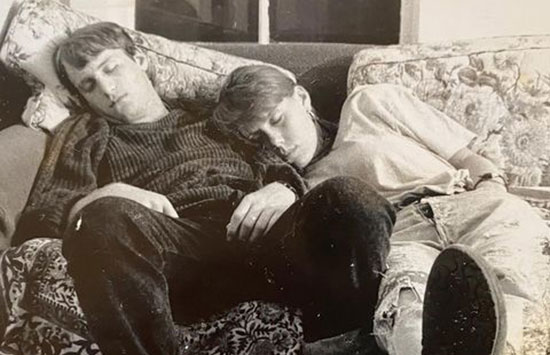 Rob and Sarah have now been married for 26 years and have three kids, ages 15, 18, and 21. This photo was taken in their off-campus house at 7 Maple Street. Sarah says her favorite things was “the small size and the rural isolation. All we had was each other, which built a powerful sense of community and ‘we're all in this together-ness.’" 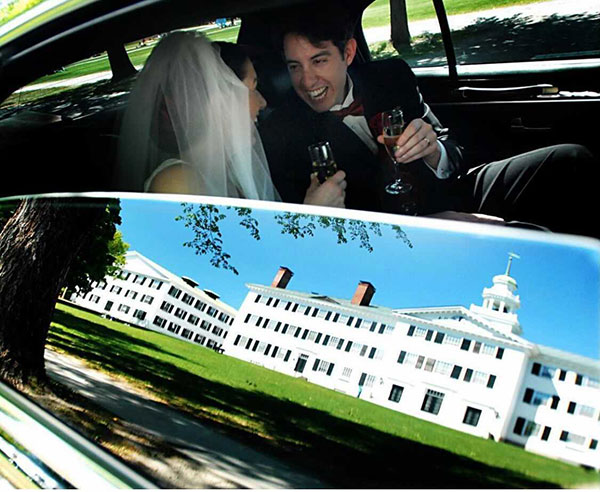 Allison Aboud ’00 and Paul Holzer ’00 were married in 2008, after originally meeting briefly on their graduation day back in 2000. To commemorate the place where they met, they decided to tie the knot in Hanover, a place they both love! They were fortunate, with gorgeous 70-degree weather and blue skies, which is never a sure thing during mud season. Now they come back every year for their anniversary and bring their two young boys, Adrian and Isaac, who know the campus well and love it!

HOW DID YOU MEET?