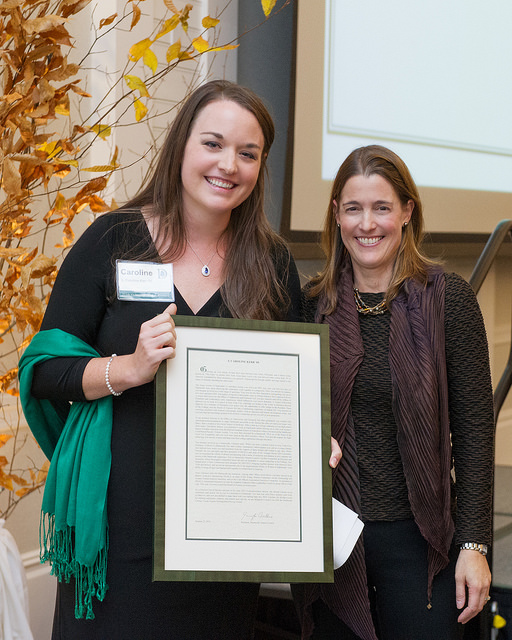 Growing up, your family divided their time between Ann Arbor, Michigan, and a family home known as “The Farm” in upstate New York. From there, you’d visit your beloved older cousin Rosi ’97 in Hanover. Enchanted by these adventures, you sported a Dartmouth hat through middle and high school in the hopes of someday attending her alma mater.

The tragic events of September 11 unfolded during your first-year DOC trip, and your first few days at Dartmouth were spent observing the community come together in compassion. Once you arrived on campus, you became involved in a wide range of activities. Your love for the New Hampshire surroundings led you to row crew and train DOC trip leaders, living for a memorable week on Gilman Island in the Connecticut River. A senior interviewer for the Office of Admissions and Financial Aid, you also interned with OPAL (Office of Pluralism and Leadership), early experiences which influenced your career direction. A Tucker Fellowship allowed you to work in a school in New York City, exposing you further to the world of education beyond Hanover. As a member of Paleopitus your senior year, the opportunity to offer insight to the President, Dean of the College, and the Board of Trustees felt like a culminating experience of student life. You majored in sociology modified with women’s and gender studies, with an education and human development minor, and you note that the knowledge gleaned from all these courses has served you well in your profession.

As an assistant director in the Office of Admissions and Financial Aid after graduation, you worked with underrepresented populations to make Dartmouth accessible to all. During this time you met your future wife Darcy, then a student at the Geisel School of Medicine. After a stint as a college counselor at your high school alma mater, Greenhills School, you returned to work at Dartmouth before moving on to earn your master’s degree in higher education from the Harvard Graduate School of Education (where you received the Intellectual Contribution/Faculty Tribute Award). You were then recruited by a Dartmouth ’78 to sit on the board of the Joyce Ivy Foundation, and you were later hired as the chief executive officer. You provide support for high-achieving, low-income women and help raise their college aspirations through education.

You became involved as a Dartmouth volunteer early. While you were a student intern in New York City, members of DGALA (Dartmouth Gay and Lesbian Association) rallied around you, and as a young alumna you realized how much you had benefited from the support of these alumni and wanted to pay their efforts forward. As vice president and then president of DGALA and chair of the Triangle House Gift Committee, you’ve nourished the efforts of alumni reconnecting with a sense of resilience and purpose to give students full access to the Dartmouth experience. You co-chaired the Alumni Council’s Ad Hoc Committee on Diversity and Inclusion, whose thoroughly researched report has proved invaluable to senior leadership of the College. You helped pilot a Class Connections-style program for 2005/2015, bringing together mentors with interns in New York and Boston, and served an instrumental role in the organizational efforts of Women of Dartmouth. Your ability to bring all ages and backgrounds together in collaboration is inspiring.

Your volunteer roles for Dartmouth are numerous. Among other offices noted above, you have served as an alumni councilor representing DGALA; as chair of the Young Alumni Committee; on the Nominating and Alumni Trustee Search Committee, and on the Club Officers Association Executive Committee. As president of DGALA, Dartmouth honored you with the Jonathan Clarkson Gibbs Leadership Award for group officer of the year. This year, you have joined the Board of Trustees as trustee-elect.

As columnist David Brooks advised in his June 2015 Commencement speech, one should commit to an institution, and luckily for us you’ve committed to Dartmouth. You and your wife Darcy treasure your visits to Hanover, and now are thrilled to share them with your darling baby boy, Will. Caroline, for all that you do for aspiring applicants, students, and alumni near and far, we are delighted to honor you with the Dartmouth College Young Alumni Distinguished Service Award.