Boards can give early-stage companies strategic direction, provide funding, and open doors to the relationships and sales channels they need to thrive. As a professional, what would serving on an early-stage board mean for you? And as a business leader, how can you form and manage a board that will work for your organization, expanding your horizons without distracting you from your core mission? Moderated by Daniella Reichstetter T’07, executive director of Tuck’s Center for Entrepreneurship, this panel of accomplished early-stage investors, founders, and board members will share insights gained over years of experience in a wide range of high-profile industries and positions.

Daniella Reichstetter T’07 is the executive director of Tuck’s Center for Entrepreneurship and an adjunct professor at the school.

Daniella has 15 years of experience running various divisions of early-stage companies. She was the founder and CEO of Gyrobike (a Thayer technology), an early hire at Method, Jetboil, and Belcampo. Prior to working in entrepreneurship, she worked as an investment banker in equity private placements. She serves on the boards of directors for several early-stage companies.

At Tuck, Daniella leads the Center for Entrepreneurship, co-teaches the Entrepreneurial Thinking and Social Entrepreneurship courses, co-leads a Global Insight Expedition to Armenia, and advises Onsite and First-Year Project teams. She co-founded and co-directs the Tuck Startup Incubator, where she also serves as a team advisor. 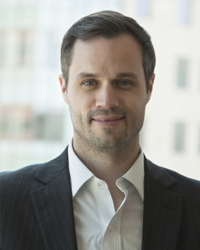 Prior to this, Anderson was chief operating officer and co-founder of Adimab LLC, a next-generation antibody discovery platform he founded in graduate school, which is backed by Borealis Ventures, Google Ventures, Polaris Ventures, OrbiMed Advisors, and SV Life Sciences. Anderson is also the co-founder of biotech companies including Arsanis, Inc., Avitide, Inc., Alector LLC. He serves on the board of many of his companies. He is also the advisor to numerous start-ups in the biotech, high tech, and traditional tech industries. Anderson started his career in venture capital at Lehman Brothers Venture Capital in New York City and worked briefly in marketing at Bristol-Myers Squibb.

He received his MBA from the Tuck School of Business, where he graduated as a Tuck Scholar. He studied Bioengineering at the Thayer School of Engineering under his mentor Dr. Tillman Gerngross and received his AB in Economics from Dartmouth College.

In 2010, he was named the Young Professional of the Year by Business New Hampshire Magazine and won the 2010 New Hampshire High Tech Council Entrepreneur of the Year Award along with his Adimab co-founders, professors Tillman Gerngross and Dane Wittrup.

Anderson lives in Hanover, New Hampshire, with his wife and four children. 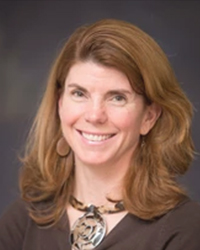 Prior to joining Quench, Truex served as an entrepreneur-in-residence at Atlas, advising multiple companies. She served as CBO for Padlock Therapeutics, where she was integral to Padlock’s operations and led the process in which Bristol-Myers Squibb acquired Padlock. Truex also served as COO for Synlogic, where she led the strategic process culminating in Synlogic’s reverse merger with Mirna. She previously spent several years each at Biogen and Genzyme. At Biogen, Truex served as vice president of corporate development, leading negotiations of multiple licensing, collaboration, and acquisition transactions and serving as program executive for now-marketed products FAMPYRA, ELOCTATE, and ALPROLIX. At Genzyme, she handled licensing and M&A transactions across multiple business units. Earlier, she worked for Chiron Diagnostics and Health Advances.

Truex serves as a member of the board of Hotspot Therapeutics and serves on the board of Thayer School of Engineering at Dartmouth. 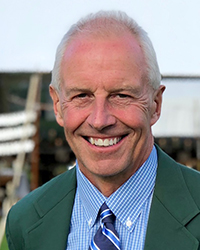 Ernie Parizeau D'79, TU'84 is a retired partner at Norwest Venture Partners (NVP), where he worked for 23 years. He invested in over fifty early-stage companies in the software, semiconductor, communications, healthcare, education, and retail industries. He retired from NVP in 2007.  Ernie joined NVP in 1984 after graduating from the Tuck.

Ernie was the chair of The Cape Eleuthera Foundation from 2012 - 2017. CEF raises financial resources for three institutions founded by the same social entrepreneurs on the island of Eleuthera in The Bahamas: The Island School - a challenging, three-month, experiential educational program for high school students from around the world, The Cape Eleuthera Institute - a scientific research facility, and The Deep Creek Middle School - a private middle school educating Bahamian students.

He is also a member of the Dartmouth Entrepreneurship Network advisory board and was a board member of the Newton-Wellesley Hospital.

Ernie graduated from Dartmouth College with an AB degree in Engineering Sciences (1979) and an MBA from Dartmouth’s Tuck School (1984).