One of the most influential figures at the 2014 Winter Olympics is a Dartmouth graduate. Scott Blackmun '79 is chief executive officer of the United States Olympic Committee (USOC), an organization dedicated to facilitating American participation in the Olympic Games through funding, training, and recruitment efforts.

In one of his most visible roles, Blackmun has served as the spokesperson for the U.S. Olympians. He is quoted in international newspapers on topics including security, the number of medals for the Americans, the merits of skiing versus snowboarding, and the quality of the speed skater's suits. 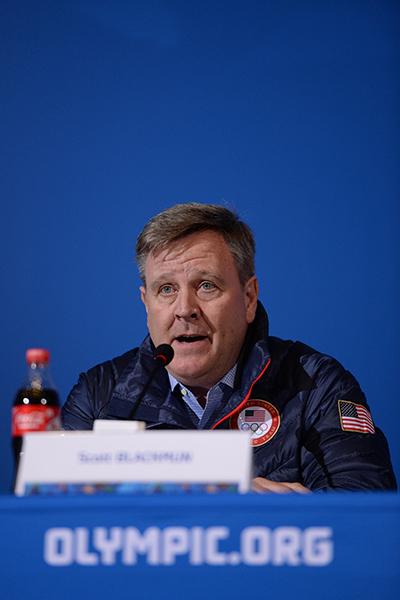 When Russian president Vladimir Putin stopped by the USOC tent on February 14, Blackmun greeted him. "When a head of state called and asked if he could visit, we were delighted," Blackman told USA Today. "All we talked about was sport, and that's appropriate given that that's all we do."

Since being appointed head of the USOC four years ago, Blackmun has solidified his reputation as an extraordinary business leader. Under his guidance, the USOC reached an elusive budget deal with the International Olympic Committee, which may help the U.S. in their bid for a future Olympic Games. Blackman is considering making a bid for the U.S. to host the Summer Games in 2024 or the Winter Games in 2026.

In 2013, Blackmun was named "Sports Executive of the Year" by Sports Business Journal.

Sutton Lowry '16 is the Alumni Relations Whitney Campbell Class of 1925 intern. Lowry is a psychology and brain sciences major from Seattle, WA.