As the days grow longer and the snow melts on the Green, wake up your mind from its winter hibernation with a good book.

Ten members of the Dartmouth faculty have put their heads together to craft a spring reading list perfect for the current moment. Whether you'd like to deepen your understanding of the political forces shaping current affairs, look at history through a new lens, or go on a fictional journey, they have recommendations for you. 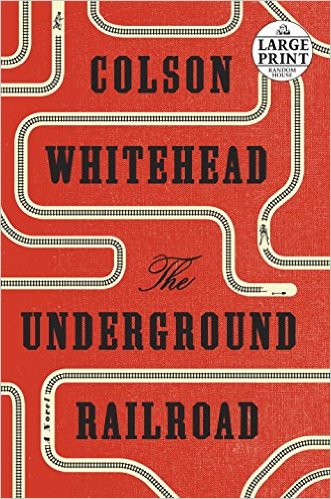 The Underground Railroad by Colson Whitehead

I recently read Colson Whitehead’s newest book. The Underground Railroad is not a historical novel. Instead, magical realism meets black history written by a black man. There are flights of outrageous fantasy--not least of which is that the underground railroad is not a metaphor: it is, literally, “an underground railroad.” I’m getting used to reading books with unreliable narrators, like Gone Girl and Girl on the Train (what’s it with all these “girls” who are really women?). Whitehead's book is narrated by a woman, Cora, a slave who escapes the terror of the plantation where she labors. Her narration never wavers; it is the history and geography that are offset and unsteady. That said, the book homes in relentlessly and accurately on the original sin of the United States--the one that haunts us to this day.

Martin Luther King Jr. is also on my mind at the moment. I always read part of one of his speeches to any class I am teaching the week of Martin Luther King Jr. Day. [This year] they received my rendition of part of the “I have a dream” speech in which King talked about "the fierce urgency of now"—the theme for Dartmouth’s MLK week celebrations— where he asserts that this is “no time to engage in the luxury of cooling off or take the tranquilizing drug of gradualism.” It wasn’t the time then, nor is it now. 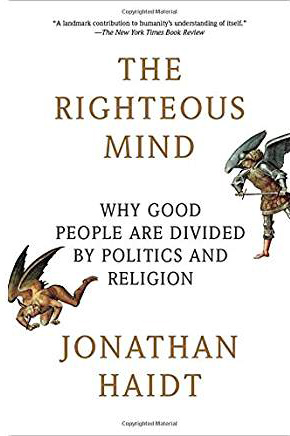 The Righteous Mind: Why Good People Are Divided by Politics and Religion by Jonathan Haidt

This book is not new, but it offers by far the best examination of how and why liberals and conservatives view the world differently. Drawing on moral psychology, (which is fascinating, too) Haidt walks the reader through the different values that typically underscore conservative and liberal priorities. Most important, he offers insights on how we can talk to (and listen to) each other better. 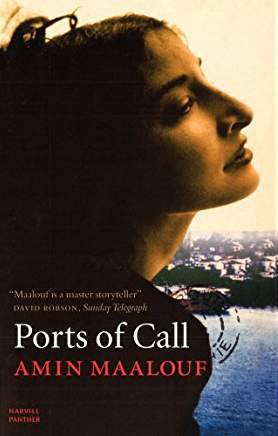 Ports of Call by Amin Maalouf

I have long studied the religion of the Phoenicians, the ancient inhabitants of modern-day Lebanon, but until December, I had never been to Lebanon itself. My week there during Dartmouth's holiday break was wonderful, so wonderful that since I returned, I have been trying to hold on to the experience by reading the award-winning Lebanese-born author Amin Maalouf. His novel Ports of Call depends on a perhaps clichéd plot: an improbable love that, like such loves often do, starts off in an idyll of happiness that is quickly undone by challenges beyond the two lovers' control. In this case, the challenges involve the fraught political world of the Middle East, beginning in the final days of the Ottoman Empire and continuing through the outbreak of the Lebanese Civil War. The novel's first-person narrative style forces us to confront these political traumas in an intense and immediate way, yet the narrator never loses sight of the sheer beauty of the Lebanese physical landscape or of Beirut's magnificent and rich cultural heritage. 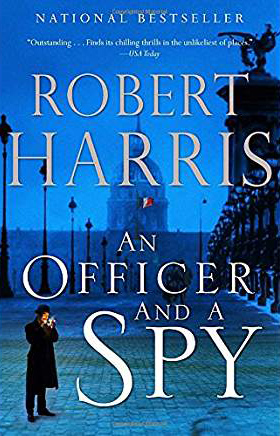 An Officer and a Spy by Robert Harris

I loved An Officer and a Spy by Robert Harris. It is a historical and fictionalized account of the Dreyfus affair, the shameful anti-Semitic affair in which a Jewish army officer, Alfred Dreyfus, was unjustly accused and convicted of espionage. Harris makes his protagonist a young intelligence officer named Georges Picquart, and follows him as he slowly uncovers the truth about Dreyfus and the massive military and intelligence apparatus that convicted him. It is masterfully done, staying close and revealing, in a truly historical way, the historical sources themselves. And it’s an absolutely riveting read, at once a mystery and a thriller. 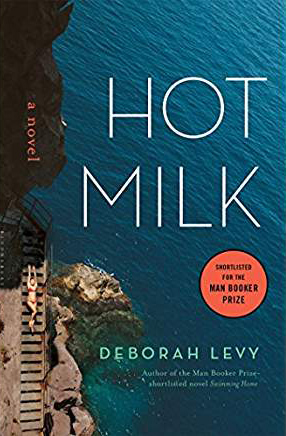 Shortlisted for the 2016 Man Booker Prize, Hot Milk by Deborah Levy, pulls a reader right in. And in the case of this reader, did not let go its grasp until many days after I’d finished the last page. The plot concerns Sofia, a young anthropologist with an absent Greek father and a hypochondriac British mother. Sofia has been assisting with her mother’s care for years, and most of the action takes place in Spain, where the pair have gone to see yet another famous consultant. The coastal setting; the cast of eccentric locals and ex-pats populating the space; and the mysterious bonds that hold mother and adult daughter together while simultaneously nourishing their repulsion are all of such an originality that I can’t compare this novel to anything else I’ve read. In technical terms, there’s an extreme adherence to the perspective of Sofia, and yet there are brief interjections of some other consciousness. Don’t get me wrong, this is an “easy” read. All the enigmas make you want to turn the page and keep going. Levy’s prose is beautiful and one to simply read and enjoy. Still, if you like pondering what makes people tick, you need to put this on your “to read” list. 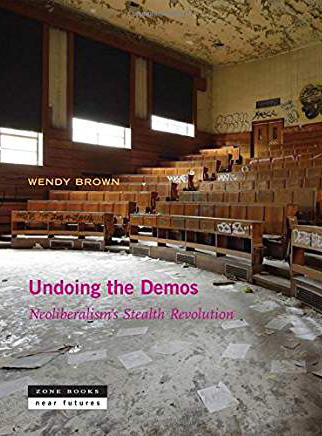 Undoing the Demos by Wendy Brown

Wendy Brown’s newest book is concerned with a global change in thinking that has turned everyone into either an investor or an entrepreneur and has introduced economic thinking into almost every region of everyday life, even the most private. Brown is one of our foremost political theorists, and her persuasively argued analysis of how we have unwittingly become homo oeconomicus provides us with crucial resources for rethinking democracy in our contemporary moment. 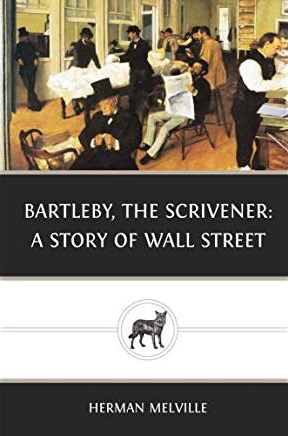 Bartleby the Scrivener by Herman Melville

This timeless short work of fiction by the great American writer, Herman Melville, seems to capture a feeling in society at the moment: “I prefer not to.” Whether the aversion is to politics, social debate, or aesthetics, Melville’s existential insight is as timely today as it was in the 19th century. 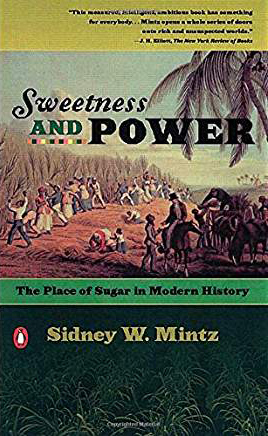 Sweetness and Power: The Place of Sugar in Modern History by Sidney Mintz

One of my all-time favorite anthropology reads is Sidney Mintz's Sweetness and Power: The Place of Sugar in Modern History.

Mintz tells the story of how sugar went from a rare luxury to a staple good during the course of the industrial revolution. The books spans four centuries and extends from the origins and workings of sugar plantations in the Caribbean to shifts in patterns of work and eating as people had to adjust to machine-driven work schedules during the nineteenth century. Some of the middle chapters may have more economic and political history than people might want to digest, but the last chapter, "Eating and Being," makes it all worth it.  You'll never eat "fast food" or take a "coffee break" in the same way ever again! 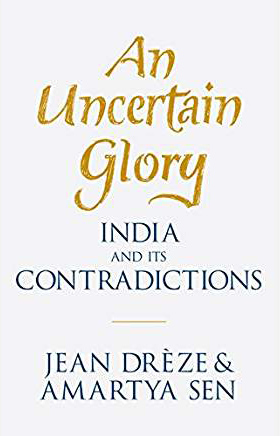 An Uncertain Glory: India and Its Contradictions by Jean Dreze and Amartya Sen

For my Foreign Study Program in Hyderabad, India, I read Jean Dreze and Amartya Sen's An Uncertain Glory: India and Its Contradictions. Amartya Sen is arguably one of the most sophisticated writers—part economist, part philosopher­—on India's contemporary development issues, and his analysis of the country's problems stands in stark contrast to much of the market-oriented strategy India's current Prime Minister, Narendra Modi, is advocating. Deeply concerned about the rapidly growing inequalities in India and about what Sen sees as the apathy of India's better-off elites, An Uncertain Glory is a passionate defense of thinking about development in broad humanistic terms, deeply skeptical of the notion that only economic growth matters. 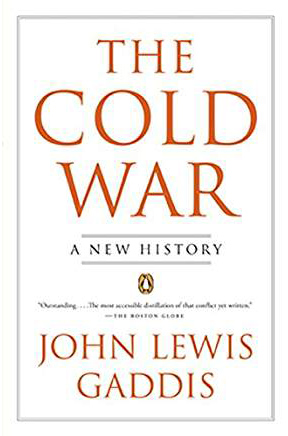 The Cold War: A New History by John Lewis Gaddis

For my new, upcoming course entitled "Perception and Misperception: The Politics of the Cold War," I am finally reading John Lewis Gaddis's The Cold War: A New History. Inspired in part by the fact that I've visited virtually all of the major Cold War flashpoints Gaddis discusses in his book—several in part due to Dartmouth alumni trips—I'm intrigued by how to convey to my students, for whom the Cold War is virtually ancient history, the complexity and dangers of the five-decade long confrontation between the U.S. and the Soviet Union after World War II. Gaddis's The Cold War does an outstanding job in summarizing these complexities, the dangers of the confrontation, as well as the competing views of the two adversaries as the Cold War unfolded...and ended. 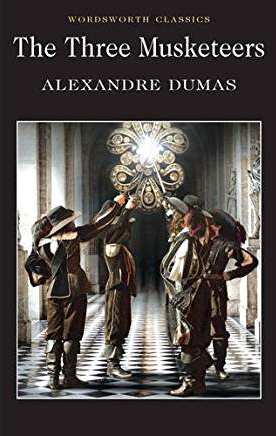 The Three Musketeers by Alexandre Dumas

I'm a big fan of historical fiction. One classic I've recently gotten around to is the The Three Musketeers by Dumas—set in 17th-century France, it was certainly "historical" even when written 175 years ago. The writing is excellent and the story has great action and suspense. Over the course of the novel and its sequels, Twenty Years After and The Vicomte of Bragelonne, the characters of the Musketeers and their friends, families, and adversaries are wonderfully developed, and the reader really gets to inhabit their world through many exciting adventures.