By the Alumni Council 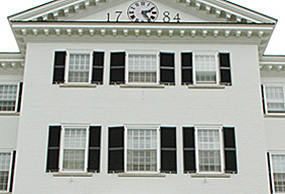 Following an extensive review process by its Nominating and Alumni Trustee Search Committee and in accordance with the Association of Alumni constitution, the Dartmouth Alumni Council has nominated one candidate for each of two open alumni-nominated trustee seats on the Dartmouth College Board of Trustees. They include:

Gail Koziara Boudreaux '82 is executive vice president of UnitedHealth Group and president of UnitedHealthcare. She was named one of The World's 100 Most Powerful Women by Forbes and one of Fortune's 50 Most Powerful Women in American Business. Gail serves on the board of the Field Museum of Chicago and Genzyme Corporation. She served Dartmouth as admissions interviewer, class agent, and Alumni Council representative. At Dartmouth she played basketball, ran track & field/cross country, and was a member of Green Key and Fire & Skoal. An All-American in basketball and track, she holds 12 Dartmouth records and is a member of the New England Basketball Hall of Fame and Dartmouth's Wearers of the Green. She holds an MBA from Columbia University. Gail is married to Terence and has two sons.

Bill Burgess '81 is a managing partner of ABS Ventures, a venture capital firm. Throughout his career, he has worked closely with emerging growth technology companies as an investor and adviser. With his wife, Barbara, he is an active volunteer, serving as trustee and treasurer of St. Mark's School and as chairman of the New England Aquarium. Previously, he served as a trustee of The Nature Conservancy and as an overseer and Investment Committee member for the Museum of Fine Arts Boston. Bill has served Dartmouth as class president, class agent, Alumni Council representative, and reunion giving chair. He was a member of Alpha Delta fraternity, Sphinx senior society, and Green Key, and played rugby, football, and lacrosse. He holds an MBA from Harvard Business School. He has five children.

Trustee balloting will take place online and by mail from March 9-April 6, 2011.

Petition trustee candidate nominations will be accepted until February 3, 2011.

For additional information, please contact the Office of Alumni Relations at (603) 646-3929.