What do an astronomy major, a high school history teacher, and a yeast researcher have in common—besides their Dartmouth degrees? Beer. The following alumni have taken curious paths into the craft brewing industry. We caught up with each of them to find out how they drew from their Dartmouth experience to turn passion into profession. 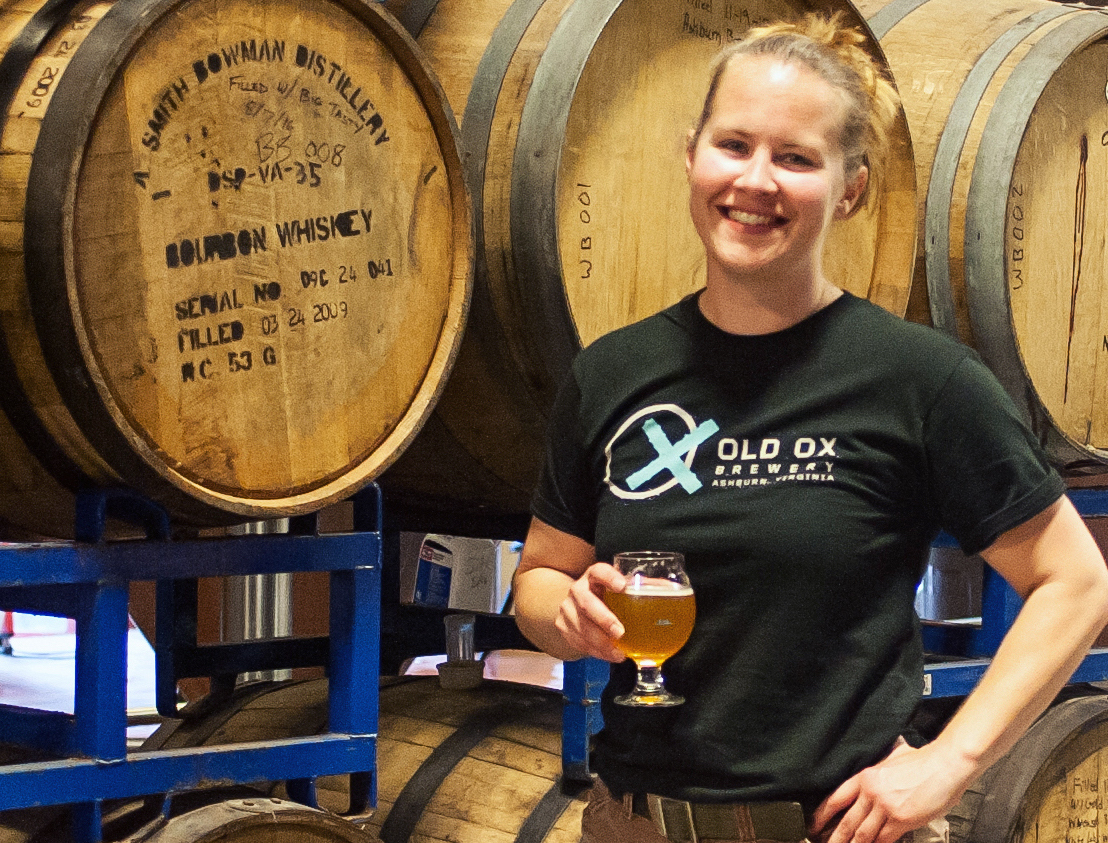 “Brewing is science on a huge scale,” says Allison Lange ’01. “Every step of the process is really about controlling chemical reactions.” Fortunately, controlling chemical reactions is Lange’s forté. After studying genetics, cell, and developmental biology at Dartmouth, she earned a PhD in biochemistry at Emory University, focusing on yeasts. The alumna planned to climb the ranks as an academic research scientist—until she realized she’d end up spending more time writing grants than doing actual experiments.

The craft beer industry was an easy transition for Lange, who worked as a brewer and developed quality control programs at several companies–including 3 Stars Brewery in Washington, DC, and Port City Brewing in Alexandria, VA–before landing her current role as head brewer at Old Ox. She still enjoys all her favorite aspects of science, from research, to testing hypotheses, to precisely executing protocols. But with a bonus: “My experiments are a lot tastier,” she says. 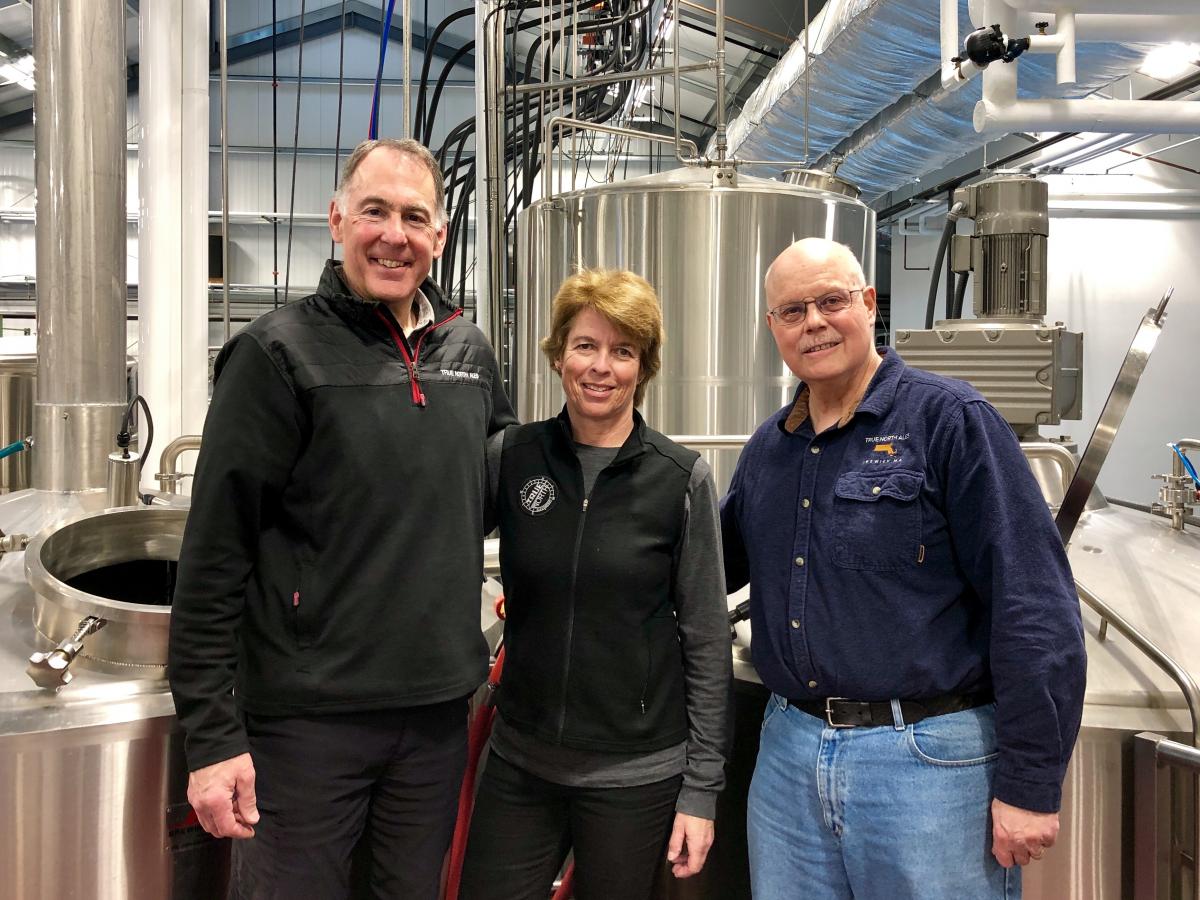 After a successful career in the tech industry, Gary Rogers ’77 retired in 2006 and set out with his wife Jill, Class of 1978, to explore the world. A decade later Rogers still had a knack for building businesses—as well as “a lot of fuel in the tank,” he says. He also still loved brewing beer, a hobby launched in his basement 35 years ago. But he wouldn’t have re-emerged from retirement to co-found True North Ale Company if it wasn’t for his son Jake, who worked in craft brewing for several years before announcing his intention to start a business—under one condition. “Jake called me and said, ‘You’ve got to do it with me,’” Gary remembers. Gary’s response? “Let’s go.”

“If my son had started the brewery and I wasn’t involved I would have sat at the bar and enjoyed it—but it didn’t work out that way” says Gary. “Coming back from retirement to work with Jake, with Jill, with my fraternity brother Rory, it’s just a lot of fun.”

Aaron Ellis ’15 remembers feeling “scared and confused” the summer before his fourth year at Dartmouth, unsure about what to do with an anthropology degree post-graduation. But an epic journey of soul- and sud-searching soon solidified his interest in beer brewing, a hobby sparked in the basement of his fraternity. On a trip across the country he visited breweries in 38 states. And somewhere along the way he found his senior thesis topic: unraveling the meaning of “craft” in beer as it is used and understood by different groups.

Now he’s more deeply delving into that topic while pursuing a PhD at Indiana University. Specifically, Ellis examines how women and minorities have been excluded from the production realm of brewing, and how the industry’s emphasis on science-based knowledge shapes its demographics. “As the industry grows, it’s important to consider how we can make it more inclusive,” Ellis says. “Inclusive brewing culture means more consumers, producers, and creativity in craft beer culture, which translates into more good beer for the rest of us!”

Throughout Nicole Carrier’s decades-long career in software marketing and product management, the beer industry always beckoned. It took about 20 years for brewing to grow from hobby to side hustle to full-time job; now, she’s the co-owner of a thriving brewery with a restaurant and working farm.

While co-owner and MIT-trained engineer Annette Lee oversees the brewing process, Carrier puts her Tuck degree to work running the business. That means marketing, social media, and overall strategy—but you can also find the alumna in the kitchen making sausages, or in the taproom pouring pints. “The beer industry is so collaborative,” she says, adding that the community aspect of the brewery is what she loves most. “We’ve created a space that is warm and welcoming to everyone.”

This Maine native “immediately bailed” on an astronomy degree post-graduation to follow another interest cultivated during his Dartmouth days: hiking. After completing the Appalachian Trail, Platz got a gig in Boston running outdoorsy excursions for active urbanites stuck in the city. But after several years, he felt stuck too—so he moved home to Maine and joined the family beer business.

At Baxter Brewing Co., Platz came on board with a clever plan to differentiate the brand in a crowded market by launching an events division. Baxter Outdoors, the company’s offshoot, now hosts off-road events, from bike races to trail runs to cross-country skiing forays. By expanding the beer brand into a lifestyle brand, Platz is tapping into the loyalty and enthusiasm he always found among fellow outdoorsy folks.

It wasn’t too much of a stretch for Baxter, which was the first brewer in the state to sell its lineup in backpack-ready cans. “It’s not that beer drinkers only want to be outside or that outdoors folks only want beer,” he says. “But there’s a cross-section where those two industries meet, and that’s where Baxter Outdoors thrives.”

This Maine-based beer buff has been teaching high school history for three decades. He’s also the author of Brewing in Maine, which outlines the rich history of beer in the Pine Tree State. And during a master’s degree in American and New England studies, Major researched local beer history for a capstone project.

So, it’s little surprise that Major was recently tapped to be a tour guide for the Maine Brew Bus, a company that runs brewery tours around the state. During the three-hour excursions, Major puts his teaching skills to use while sharing his enthusiasm for suds. “I know a lot about the local brewing scene. I love showing people the equipment and talking about the history,” he says. For Major, the realms of beer and history often collide: “One of my former high school students is a local brewer,” he says. “So now I get to stop by and drink a pint of his beer.” 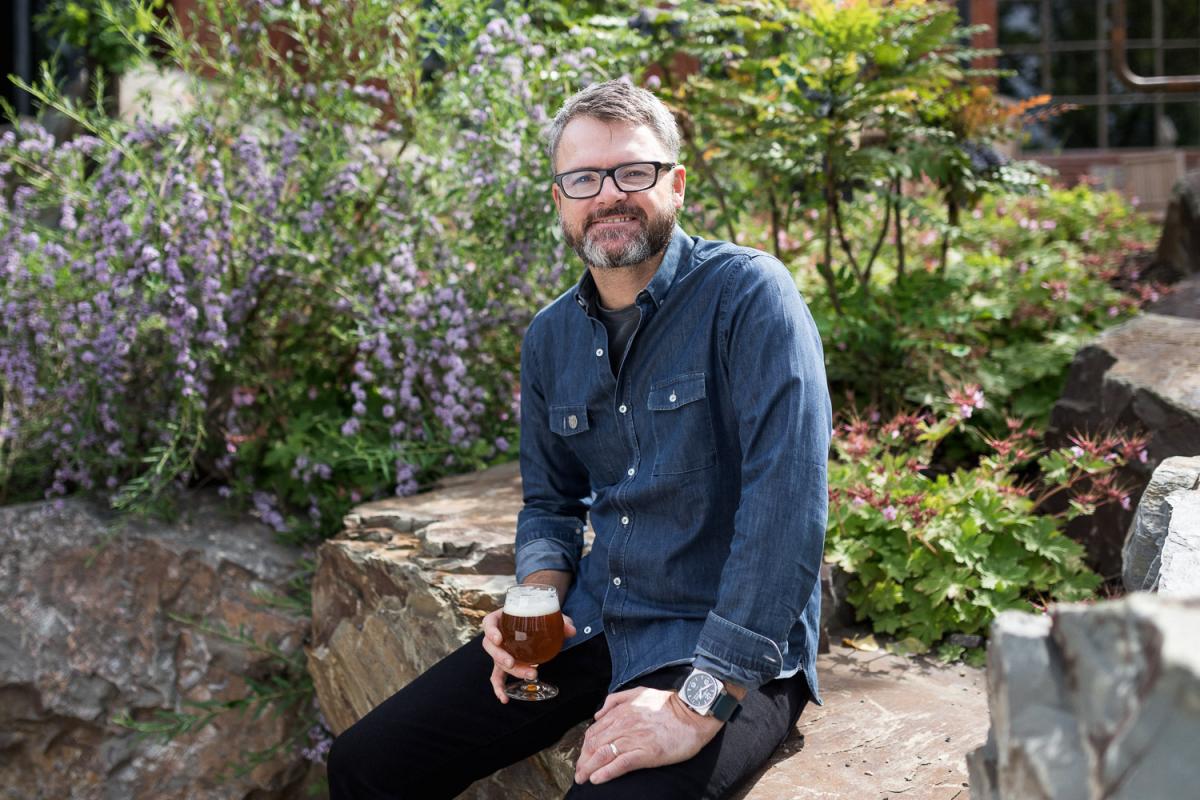 Dominic Engels ’94 majored in German at Dartmouth before launching a management career that included stints at McKinsey, Gap, and Pom Wonderful. In 2016, his language skills came in handy when he found himself back in Berlin, where he’d studied abroad during college. Except this time, Engels wasn’t on his FSP: He was CEO of Stone, the first American craft beer company to build a production brewery in Europe.

Since then, Engels has helmed the California-based company, overseeing its expansion into Europe, China, and the East Coast (in Richmond, Virginia). With an MBA from Northwestern University’s Kellogg School of Management, Engels brings his business acumen to Stone—just like in any other company he’s worked for. “Except that there’s a beer waiting at the end of every day,” he says. “And sometimes I don’t even have to wait until the end of the day!”